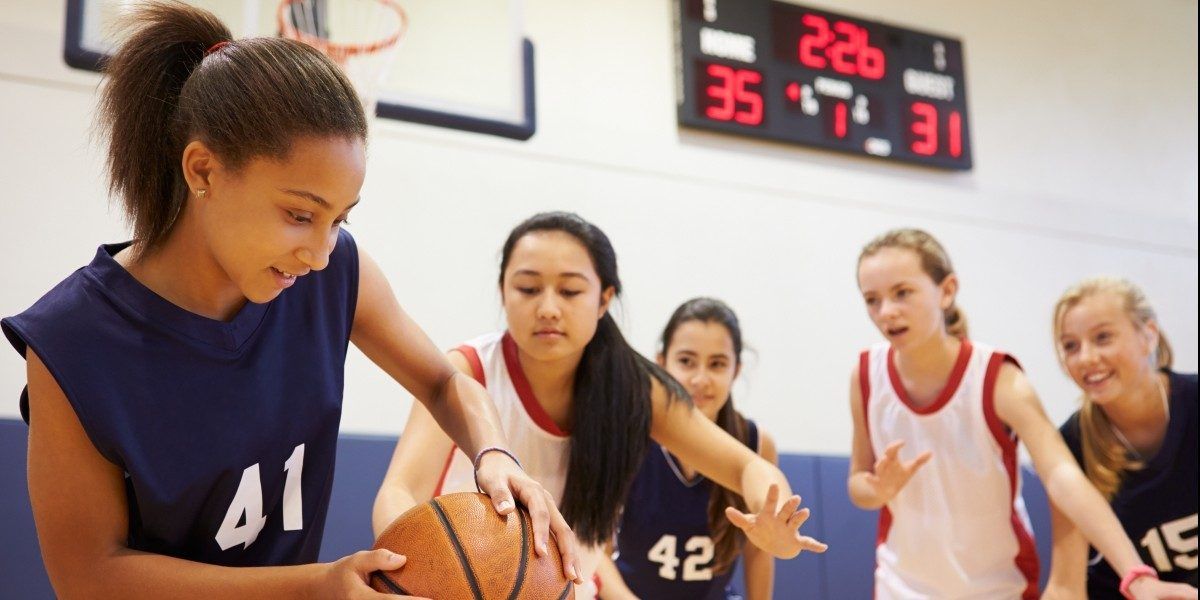 MISTAKES TO AVOID AS A YOUNG BASKETBALL PLAYER

Every basketball player must learn from their mistakes at a young age. The earlier your child can correct their struggles on the court, the quicker they can grow their skill set. That said, here are five of the most common mistakes made by youth basketball players today.

Forgetting about the “triple threat”

Upon possessing the basketball, a player can either dribble, pass, or shoot. This is what’s known as the “triple threat” in the sport. Yet as simple as the triple threat may seem, many young players forget about it altogether.

Remind your child about the advantage they have when they first possess the ball. A defender will undoubtedly be on their heels when the person they’re guarding has the option to dribble, pass, or shoot. Trust us when we say that a young player who understands the triple threat will have a leg up on their peers from an offensive standpoint.

Defending with the arms instead of the feet

It’s natural for young basketball players to try controlling their opponent’s movements with their arms. However, the key to being a successful defender is using one’s feet. The sooner your son or daughter can get away from using their arms on the defensive end, the sooner they will become a complete player.

Let’s be honest — youth basketball games often feature turnovers left and right. Whether it’s attempted cross-court passes, full-court desperation heaves, or ill-advised passes to guarded teammates, passing typically isn’t a strength of young hoops players. Here at Hoop Dreams in Lexington, we suggest helping your child improve their passing skills by getting them involved in game-like scenarios as much as possible.

Dribbling the ball too high

Dribbling is one of the first things a young basketball player learns. What they need to remember, though, is that there’s a right and a wrong way to dribble. A high dribble is not only more likely to be stolen, but it’s also incredibly difficult to control.

As a refresher, the ideal dribble in basketball should be kept below the waist. Once the proper dribbling technique clicks with your child, have them switch hands and, eventually, encourage them to try more advanced moves such as a crossover, behind-the-back, and between-the-legs dribble.

Failing to stay between their man and the basket

It’s a defensive staple in basketball that even the pros struggle with from time to time. Think about it — instead of staying with their counterpart, a player watches the person with the ball and winds up surrendering an easy layup. Good defense is all about moving one’s feet and staying between their man and the basket.

REGISTER FOR OUR BASKETBALL CAMPS IN LEXINGTON

There’s only so much that a young basketball player can learn on their own. This is where our team at Hoop Dreams comes into play. For years, our staff has been providing a player-focused approach to youth basketball training.

Without a proper grasp of the fundamentals, no basketball player can take their game to the next level. Fortunately, Mike Scott and the rest of the Hoop Dreams team are here to help! Contact us today to learn more about our summer basketball camps in Lexington.