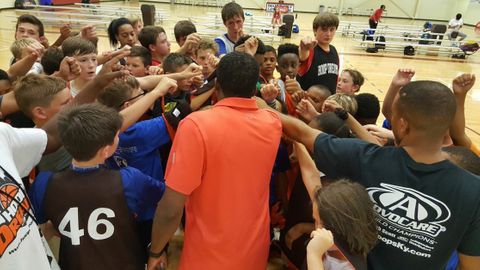 In basketball, success depends on the quality of leadership that you find on each team. I’m not just talking about the coach and the way he runs his squad — to be an effective player you must be a proficient leader. There shouldn’t just be one leader on your team. In fact, every player should be a leader in their own right. At the end of the day, all truly great basketball players are great leaders, too.

Are you interested in helping your kid develop as a basketball player? Check out the youth basketball camps offered by Hoop Dreams in Lexington. These elite training camps will help your player perfect the fundamentals of offense, defense, and team play, while helping them find their role as a valuable member of a team. Sign up for our Fundamentals First, Shooting Lab, Point Guard Academy, and Elite Scoring programs or contact us to learn more about our Summer 2020 youth basketball camps!

Now, here are four ways that our youth basketball...

If you are a youth basketball player looking for an elite basketball camp in Lexington, you need to check out the Hoop Dreams Summer 2020 camps! Headed by Coach Mike Scott and his team of world class instructors, players of all ages and skill levels can expect to develop their games and become stronger, more confident competitors on the court. Year after year, our basketball camps sell out quickly, so don’t wait to lock down a spot for your player. Register today or contact us for more information. Here are five reasons you need to enroll your Hooper in our youth basketball camps this summer.

A house is only as strong as its foundation, and no player can expect to reach their full potential without mastering the fundamentals of basketball. Ladies and gentlemen, welcome to The Fundamental Factory. Our signature youth basketball camp is focused on improving every aspect of... 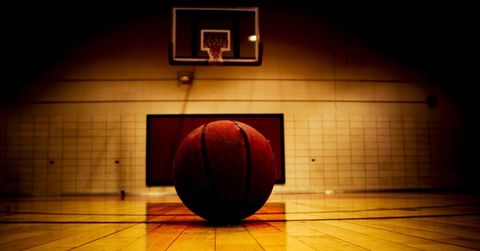 The phrase “defense wins championships” is a cliche for a reason — it’s true. While we all love a crowd-raising dunk or an ankle-breaking dribble, the defensive side of the ball is equally — if not more — important. That is why all quality coaches and basketball training programs stress defensive technique, positioning and strategy just as much as offensive skills and development.

Hoop Dreams provides competitive and recreational youth leagues, elite skills training and summer basketball camps in Lexington. Led by Coach Mike Scott, our experienced group of trainers are passionate about sharing their knowledge and experience to help young players develop competitive skill-sets and grow their love for the game — contact us today in Lexington for more information!

In today’s post, we are going to go over just a few of the key fundamentals of solid defensive play. To learn more, sign up for one of the basketball training programs at Hoop Dreams!

First, let’s take a quick look at some standard defensive mistakes to... 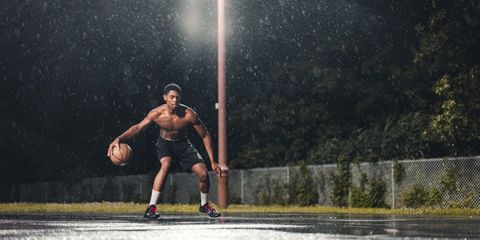 TIPS FOR CHOOSING A BASKETBALL TRAINER

Your basketball player recently told you they’re ready to take their game to the next level. So the two of you talk about what that entails and decide to look into local basketball trainers. What many parents don’t realize, though, is that not all hoops instructors are of the same caliber.

Here are some tips for choosing a basketball trainer in Lexington.

You want your son or daughter to work with someone who understands basketball inside and out. Begin your search by looking for instructors who played at a high level (college and/or professional). Ironically, there are plenty of top-flight basketball players out there who would make lousy coaches. That’s why we suggest asking about coaching experience specifically.

Mike Scott, our top basketball trainer at Hoop Dreams, is more than well-versed in the game. Coach Mike played collegiately at Cecil Community College in northeast Maryland where he earned All-American honors. The defensive specialist spent several years as a junior college... 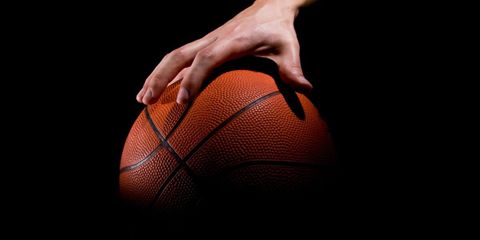 TOP WAYS TO MAKE YOUR BASKETBALL TEAM THIS FALL

Another basketball season is just about underway in Lexington. Here at Hoop Dreams, our coaches want to help you gain an advantage over the competition during tryouts. Check out these tips for impressing the decision-makers and, ultimately, making your team this fall.

“If you’re not early, you’re late.” Whether you’ve heard this phrase hundreds of times or not at all, it certainly applies to basketball tryouts. Players who make a habit of arriving early for everything often get the chance to develop relationships with teammates and receive individual instruction from the coaches. Additionally, early arrivers can take their time getting ready (lacing up shoes, having a snack, etc.) as opposed to players who show up either right when practice starts or shortly after.

Players hoping to make an elite basketball team this fall must be in impressive shape — period. Those who show they are visibly exhausted after conditioning drills are typically the first ones cut. At Hoop Dreams, we suggest going through some sort of preseason workout... 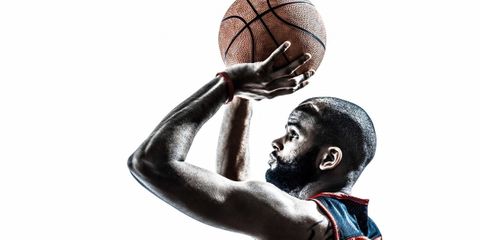 7 WAYS TO IMPROVE YOUR SHOT

Every young basketball player today dreams of having the shooting ability of Steph Curry. Sure, it may seem like an impossible goal. But unless your player puts in the work, they’ll never unlock their true potential.

With another season just a few months away, now is the time to start becoming an offensive threat. Here are five ways to improve your shot.

Players are taught at a young age to look up while they possess the ball. Doing so not only allows them to survey the floor, but also keeps the defense honest. This same idea carries over to shooting as well. By locating the rim even a second earlier, you give your brain more time to calculate distance and focus on your target.

Many young players make the mistake of following through with a tense wrist. Keep in mind that your wrists should stay relaxed, and your fingers should be pointed at your target (the rim). A player with good shooting form can usually see their fingers at the top of the background during their follow-through.

WHAT WE LEARNED WHILE WATCHING THE NBA FINALS

Another NBA season has come and gone. While the average basketball fan may have been focused on Kevin Durant’s injury, the long-term state of the Golden State Warriors, or even the eventual landing spot of Finals MVP Kawhi Leonard, the Hoop Dreams team was watching from an instructional standpoint.

What exactly do we mean by this? For one thing, we’re firm believers in young players watching the best players in the world, figuring out what they do well, and then implementing that into their own game. Here are three things we learned while watching the NBA Finals.

Defense remains an integral part of the game

Scoring in the NBA continues to be on the rise. Part of the trend can be attributed to players attempting more three-pointers than ever before and coaches putting less of an importance on defense during the regular season. However, as was the case during the playoffs and especially the Finals, defense is what ultimately wins championships.

Being a good defender in basketball starts at a young age. As we mentioned in a previous... 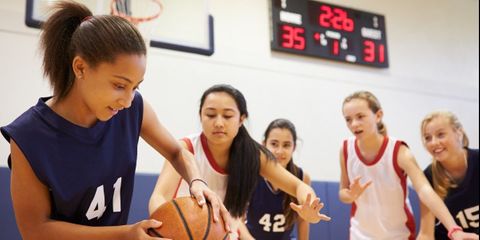 MISTAKES TO AVOID AS A YOUNG BASKETBALL PLAYER

Every basketball player must learn from their mistakes at a young age. The earlier your child can correct their struggles on the court, the quicker they can grow their skill set. That said, here are five of the most common mistakes made by youth basketball players today.

Forgetting about the “triple threat”

Upon possessing the basketball, a player can either dribble, pass, or shoot. This is what’s known as the “triple threat” in the sport. Yet as simple as the triple threat may seem, many young players forget about it altogether.

Remind your child about the advantage they have when they first possess the ball. A defender will undoubtedly be on their heels when the person they’re guarding has the option to dribble, pass, or shoot. Trust us when we say that a young player who understands the triple threat will have a leg up on their peers from an offensive standpoint.

Defending with the arms instead of the feet

It’s natural for young basketball players to try controlling their opponent’s movements with their arms. However, the key to being a... 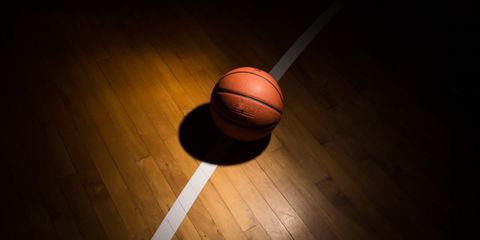 WHAT TO EXPECT FROM OUR SUMMER 2019 BASKETBALL CAMP

Is your favorite basketball player ready to take their game to the next level? The Hoop Dreams team is excited to announce our summer 2019 basketball camps in Lexington. Whether your player is just starting out on the hardwood or has been playing basketball for several years, we have a camp that’s perfect for them.

Let’s take a closer look at each of these youth basketball camps.

The best basketball clinics are the ones that touch on player development and skills training. That’s just what participants get at “The Complete Player” session at Hoop Dreams! Our instructors will focus on ball handling, shooting mechanics, speed and agility, as well as must-know defensive strategies.

Over the course of four days, participants will grow their knowledge of the game while also improving their skill set and having fun. Participants should also expect plenty of opportunities for game play and competition. This session takes place June 10-13 at Hoop Dreams. 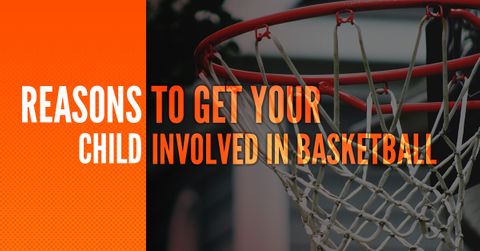 REASONS TO GET YOUR CHILD INVOLVED IN BASKETBALL

You’ve heard it before — sports are great for a child’s development. In this post, we thought it would be good to explain how basketball specifically can serve as a foundation for your son or daughter as they get older.

Here are five reasons to get your child involved in basketball:

Let’s get the most obvious one out of the way first. Kids ages 6 to 17 need at least 60 minutes of moderate physical activity each day. Plus, according to the Centers for Disease Control and Prevention, children should engage in more intense exercise three days a week.

For many children, gym class and recess aren’t enough, which is why it’s important for parents to explore sports. A beginning basketball player will not only learn the intricacies of the sport such as dribbling, passing, and shooting, but they will also subconsciously incorporate frequent physical activity into their daily routines.

Basketball does more than just work up a sweat for your child. The earlier they start basketball training, the more your child’s motor skills...